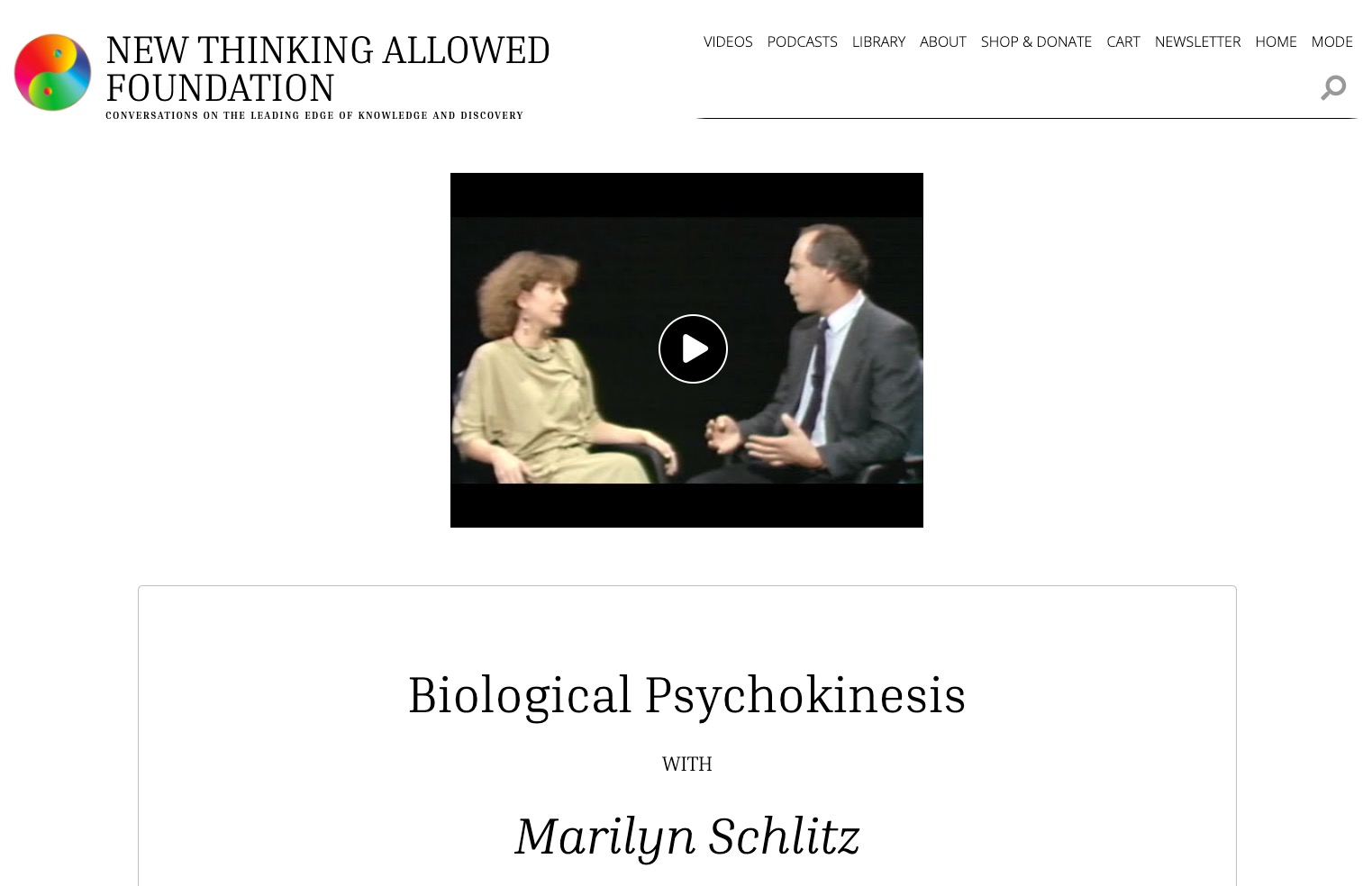 Posted at 12:06h in News and Press, Uncategorized by Eric DeBoer

This video is a special release from the original Thinking Allowed series that ran on public television from 1986 until 2002. It was recorded in about 1991.

Studies show that many of us can exert a mental influence on the physiological activity of others in distant locations. Marilyn Schlitz, a parapsychologist and anthropologist, was a research associate with the Mind Science Foundation when this video was recorded. She suggests that this phenomenon, known as biological psychokinesis, may be the basis for much of what is known as psychic healing.

Now you can watch all of the programs from the original Thinking Allowed Video Collection, hosted by Jeffrey Mishlove. Subscribe to the new Streaming Channel (https://thinkingallowed.vhx.tv/) and watch more than 350 programs now, with more, previously unreleased titles added weekly.